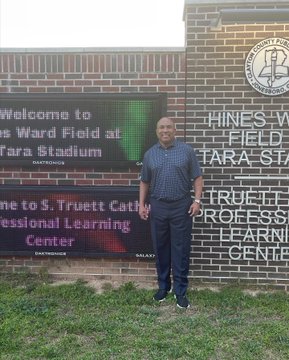 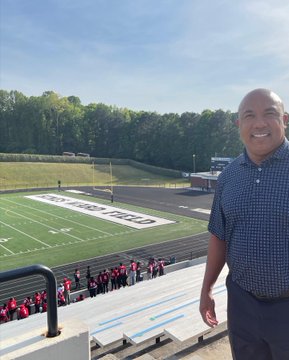 The event formally unveiled Hines Ward Field at Tara Stadium, putting Ward’s name on the field where he played his high school football for Forest Park.

After starring at College Park and for the in-state Georgia Bulldogs, Ward was selected by the Pittsburgh Steelers in the third round of the 1998 NFL Draft. He is a two-time Super Bowl champion and was the MVP of Super Bowl XL during his successful NFL career.

Ward, who retired after the 2011 season, is the Steelers’ all-time leader in receptions (1,000), receiving yards (12,083) and receiving touchdowns (85). Ward has ventured into coaching in recent seasons, serving as an offensive assistant with the New York Jets for two seasons before coaching the wide receivers at Florida Atlantic in 2021. He was named recently as one of eight head coaches in the XFL when the league returns in 2023.
Hines Ward is also behind the Positive Athletes Foundation which honors athletes for being all-around positive student-athletes. The foundation also grants college scholarships to chosen recipients. 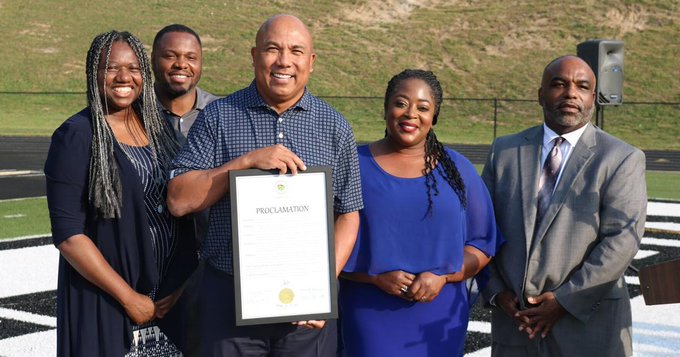 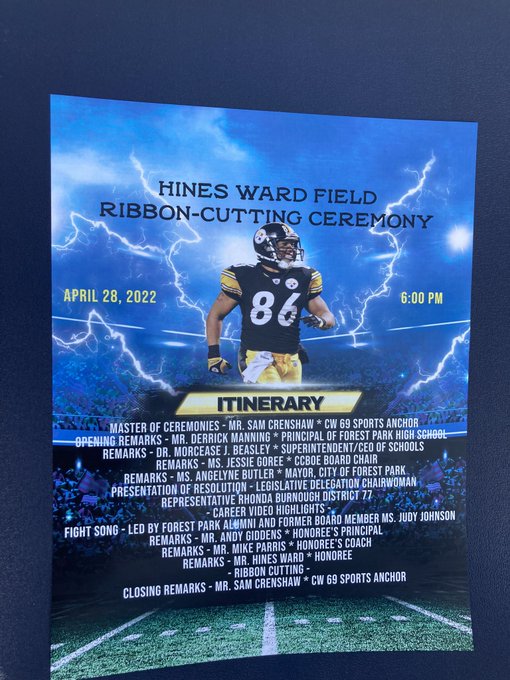 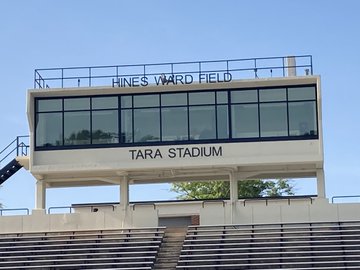 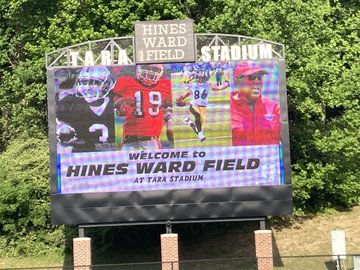 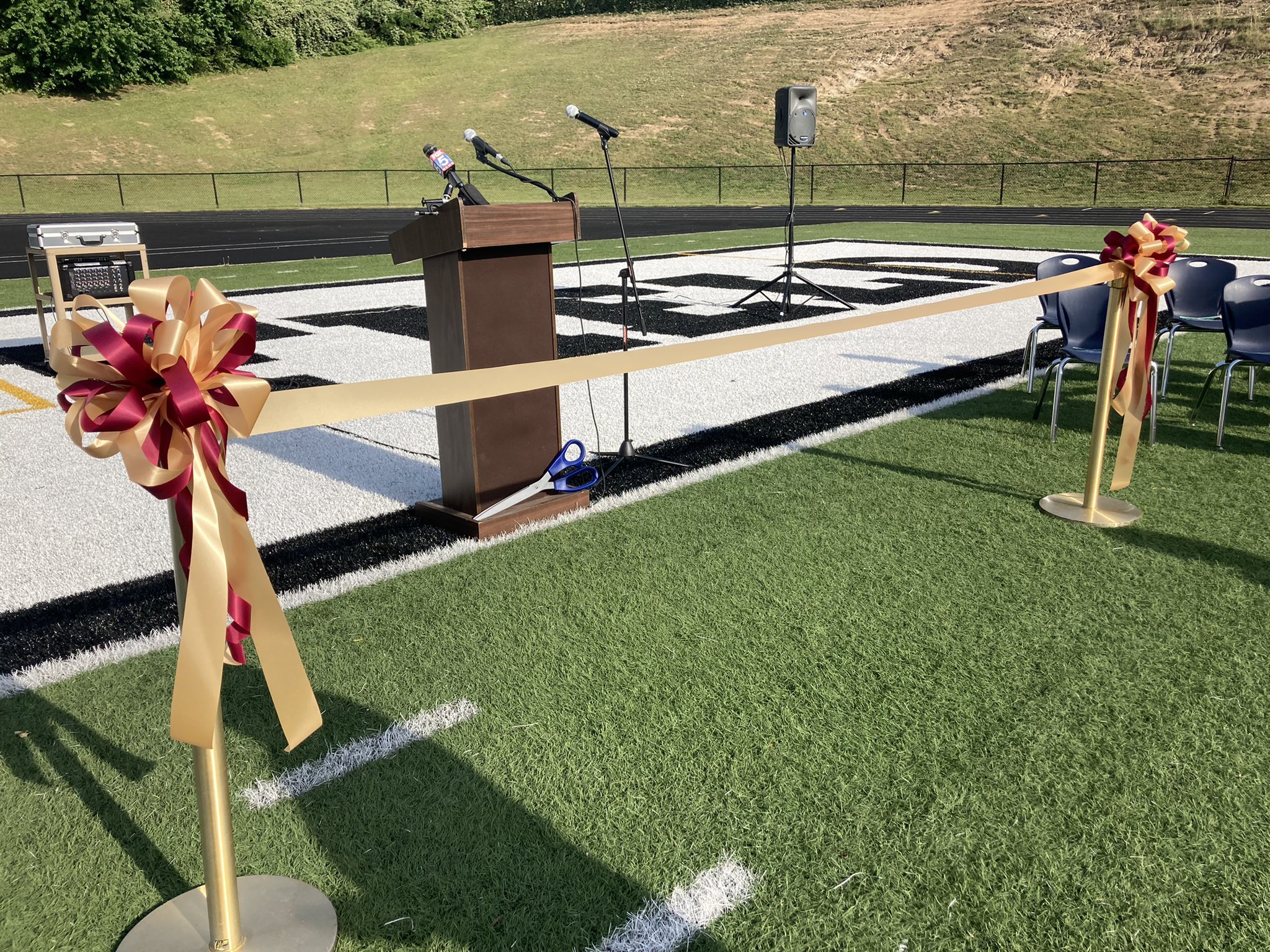