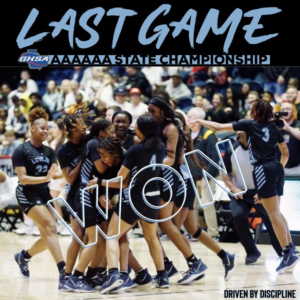 It was Lovejoy’s first state championship since winning the AAAAAA crown in 2018.

“It’s been a journey,” Lovejoy head coach Cedric King said of his team winning the state championship again. “I think you have to self-reflect; you have to go back and figure out what these kids can do and how to best maximize their talent. I felt like we had a plan coming into the season and our mission is win the last game. We don’t worry about anyone else; just win the last game. It’s about preparing for the last game, a mission completed. I couldn’t be more proud of them.”

“(Hood) is special,” King said. “Great job for her and a great job by the ladies.”

“I thought (Hardy) was the equalizer out there today for us,” King said.

Lovejoy led by 11 twice in the second quarter. With 3:39 remaining, Ayana Boyd scored to give the Wildcats a 20-9 lead and with 2:21 remaining, Preston made a free throw to make the score 21-10.

In the fourth quarter, Lovejoy led by as much as 20 (51-31 with about two minutes remaining).

Throughout the season, Lovejoy has been known for its high-powered offense but in Friday’s game, King said the team stepped things up on defense.

“I think our defense has been getting better and better as the year went on,” King said.

Lovejoy, the Region 4-AAAAAA champion, beat Glynn Academy 80-32 in the first round of the state tournament, Sprayberry 69-53 in the second round, River Ridge 71-59 in the quarterfinals and Rockdale County 71-56 in the semifinals. 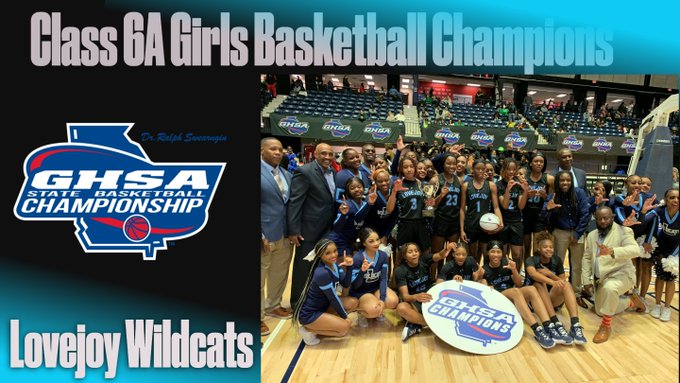