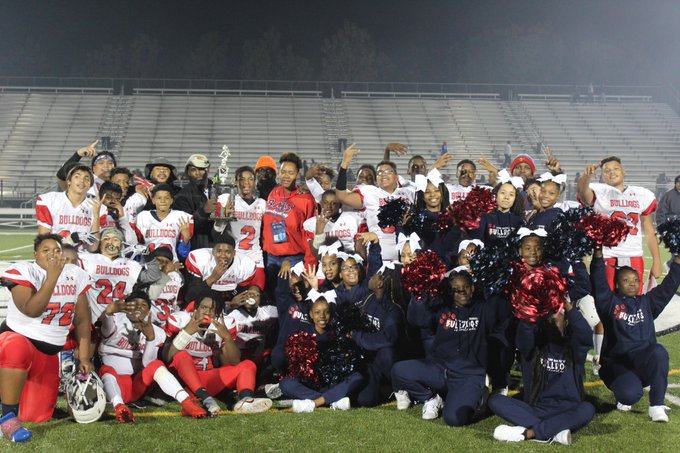 Babb Middle School clinched the 2019 County Championship title. Babb won against the undefeated North Clayton Tigers 16-6 on Tuesday, November 5th. The season has been a long one, but all the football teams and fans rose to the occasion to support their teams. Babb and North Clayton packed the stands to the very end. The only game Babb lost this season was to Eddie White Academy. However, when it counted Babb turned around and won against EddieWhite in the playoffs. North Clayton held onto their position with no losses during the regular season. The game was ultimately a battle till the end with both North Clayton & Babb wanting to end their season on a high note.

Head Coach Travis Vinson stated “honestly, I didn’t know how the season was going to play out. I knew that we had talent at the skill positions but I didn’t know what I was going to do about linemen. I think I tried 5 different combinations. The only constant was my center. I also knew depth would be an issue. For the championship game, we only had 23 players. With all these challenges, the players never used them as excuses. They played each game with determination, effort, and heart! I’m so proud of my players. The faced Clayton’s last two champions in semi and final and prevailed! Always outnumbered but never outplayed!”