Elite Scholars Academy punched their ticket to the state championship once more.

JONESBORO – Last year, Elite Scholars was on an improbable state-run and was captivating the crowd and community in the process.

This year, following a 3-0 sweep of Gordon Lee, the Lady Knights were back to the state championship match but there were moments where they had to be tested.

Final Four volleyball is always intense and when a team makes it this far, they belong there.

This wasn’t a first time trip for the Lady Knights. Last year, this same program battled through and reached the biggest stage of the season for high school volleyball.

“Our mindset coming into the season wasn’t that we were robbed or cheated,” Elite Scholars head coach Yolanda Mays said. “I felt like last year was something that we didn’t plan for, it just kind of happened. This year, we’ve been more purposeful in trying to get back and redeem ourselves.”

A path of redemption for the Lady Knights and the feeling of returning to the state championship match and proving they’re worth talking about helped guide the team.

During the second set, Gordon Lee overtook the Lady Knights and an all-hands on deck approach kept their season alive with a come-from-behind victory in the second set.

The third set was pretty solid, some mistakes were made on location but the vibe around the team began to swell with each passing point. A crowd was behind them and the momentum moved with them.

When the final set ended and the cheers began, Mays was at center court overjoyed her program was returning state. A simple phrase echoed throughout the crowd.

Flashing back to the last year, the Lady Knights were in this position and Mays talked about it earlier saying the team was wrapped up in the gravity of the moment in 2018.

“We kind of let an opportunity slip out of our hands,” Mays said. “I think this year, more than anything, we want to go back and prove ourselves. We are a legitimate team.” 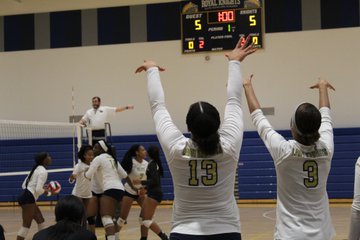 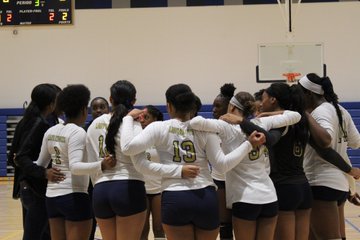