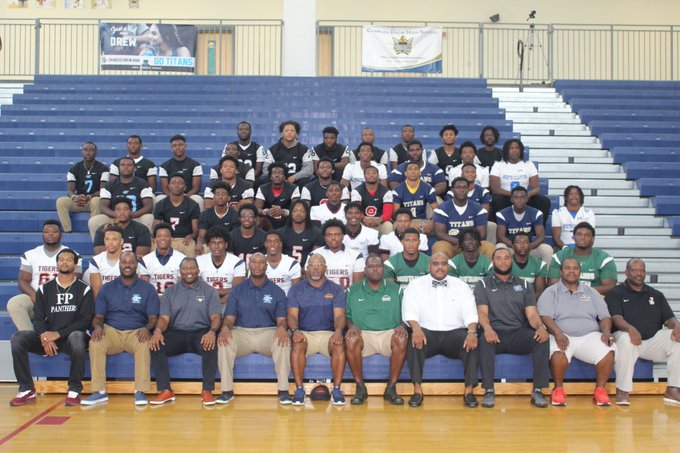 Clayton County Athletics held their football media day on July 18, 2019, at Charles Drew High School. The nine high schools brought several players to discuss their hopes for the football season. The media coverage was covered by the Clayton News Daily and Real Talk Sports. Media Day had a common theme among all our teams. They all want to make a huge impact on all the positive things they will accomplish on & off the field.

“Respect the Park” is the motto this year as Mitchell McLeod, Demetrius Taylor, & Eric Foster mentioned during media day. They are committed to the process of new leadership and plan to set the stage.

North Clayton’s Courtney Colbert, Onuma Dieke, Derrick Dixon, & Terry Essex represented at media day. They believe their team is more focused on competing this year. They stated their coaches have been pushing them to build character and lead by example. 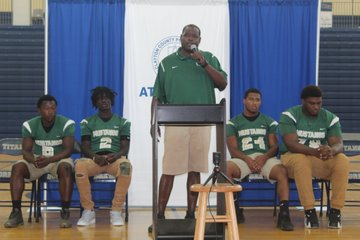 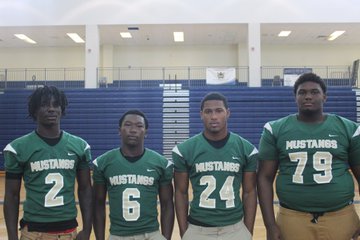 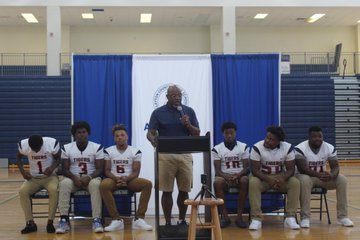 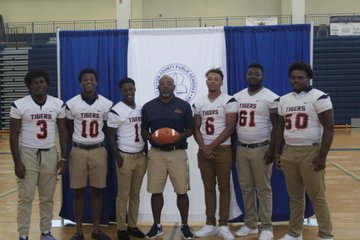 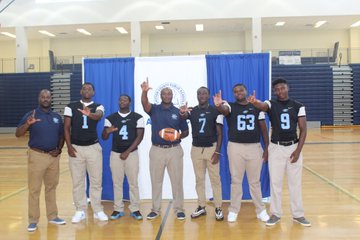 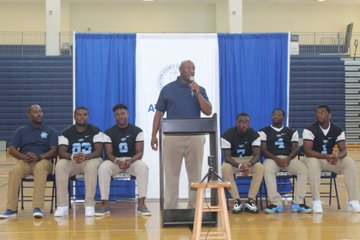 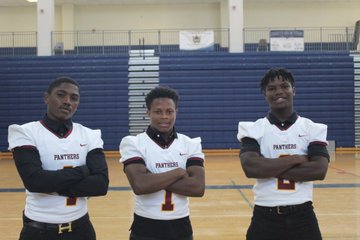 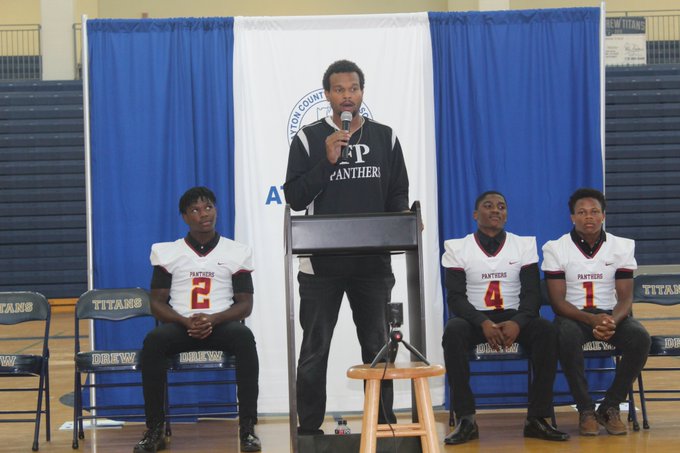 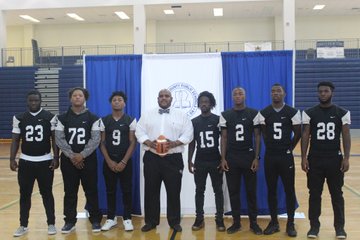 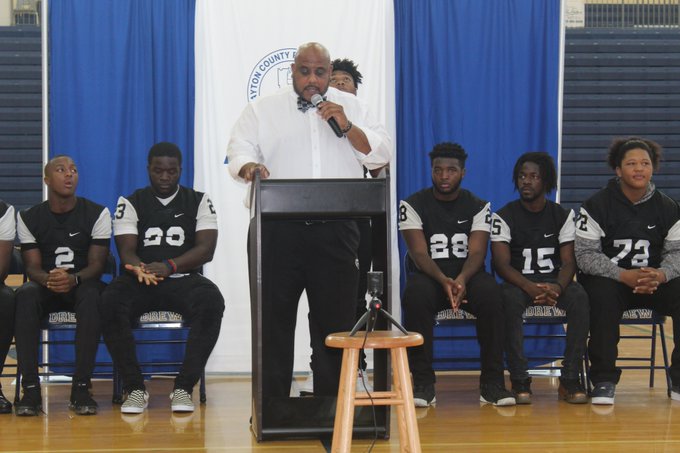 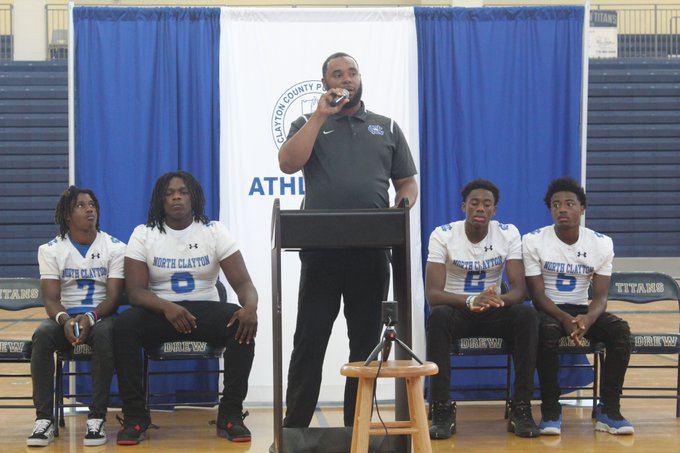 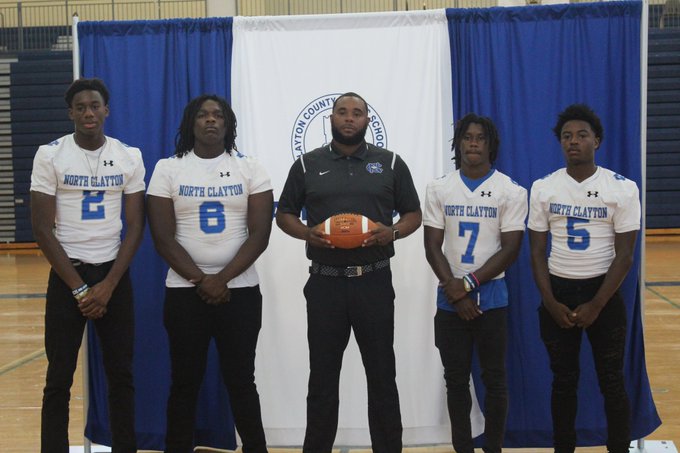 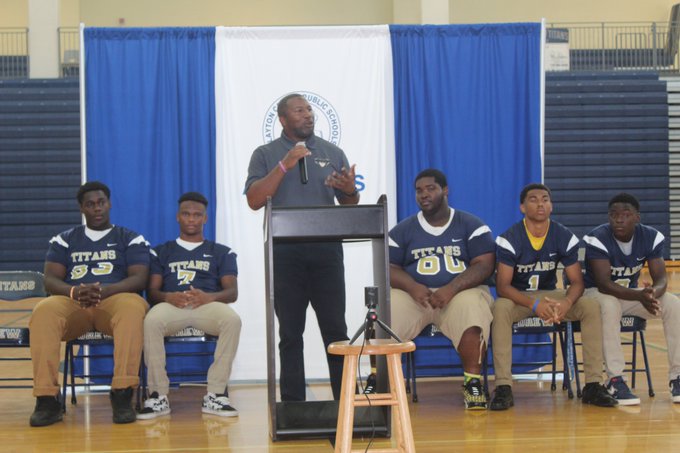 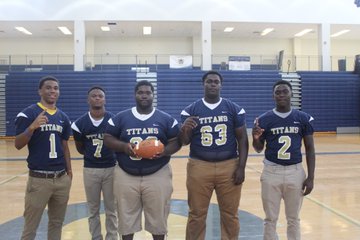 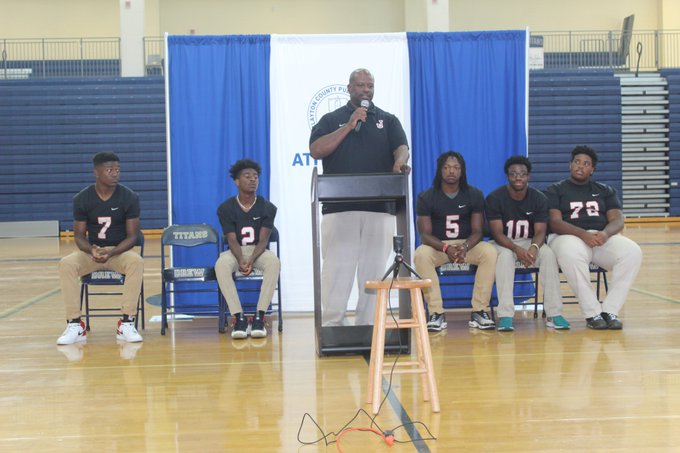 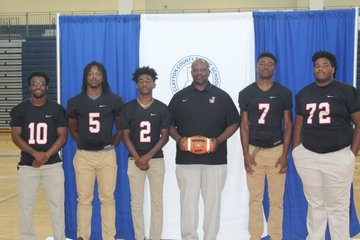 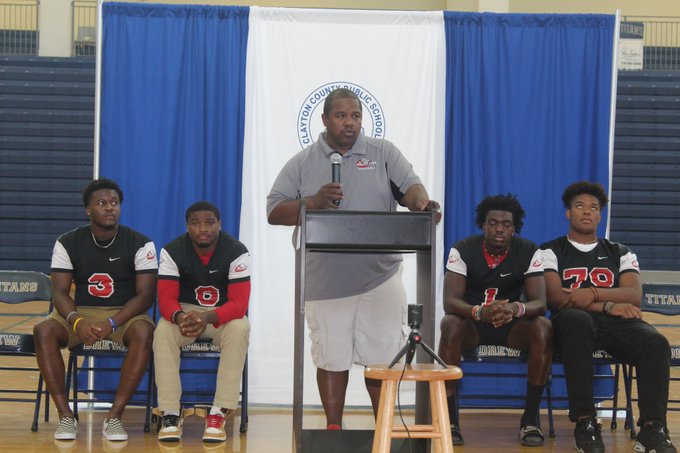 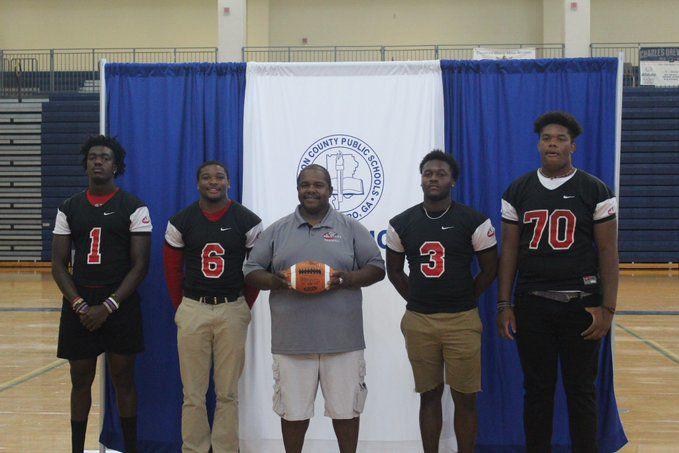