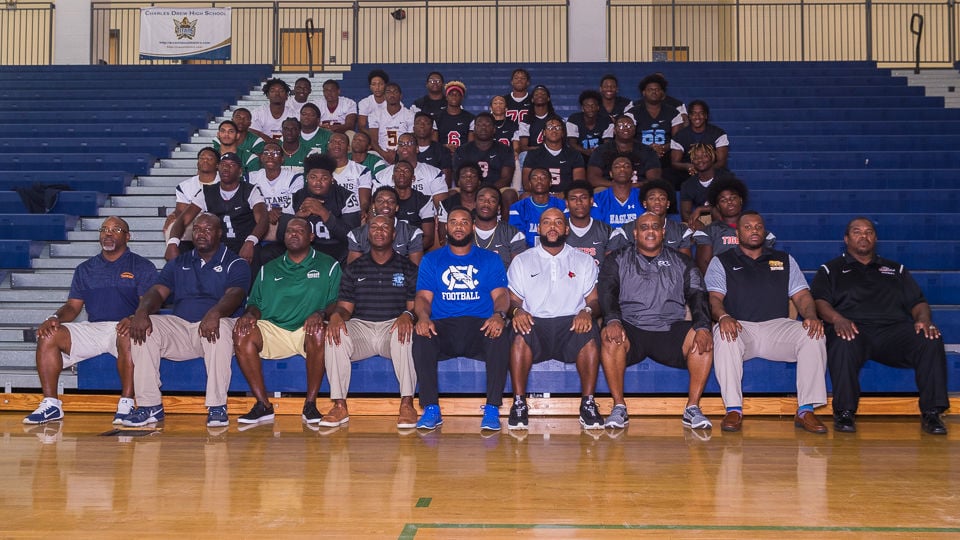 Head coaches for all nine county football programs were in attendance, each of whom were joined by select players expected to make an impact in 2018.

Forest Park and head coach Martez Edwards got the show started. The Panthers will return to a region schedule in 2018, a prospect that excites the second-year coach. Edwards said his players are determined to move the program away form being the “eye sore” of the county. Eboigbe, Rojuan Dukes and Jacquez Bailey made up the Forest Park player contingent.

Lovejoy head coach Edgar Carson was joined by Kristian Grant, Jerrod Means, Lorenzo Robinson, William Rogers and Dayton Wade. Carson spoke about the academic accomplishments of his players before touching on how the program plans to replace Clayton County Player of the Year Zion Custis.

Cap Burnett was proud to represent the North Clayton Eagles for a third straight year as head coach. He also mentioned the battles he had with new Riverdale head coach Rodney Hackney in the early 2000s. Courtney Colbert and Terry Essex represented the program.

Finally, Hackney discussed his happiness following a move back to Riverdale, a program he coached in the early 2000s. Hackney brought Jaelyn Lay, Wykevious Thomas and Chris King to the event. 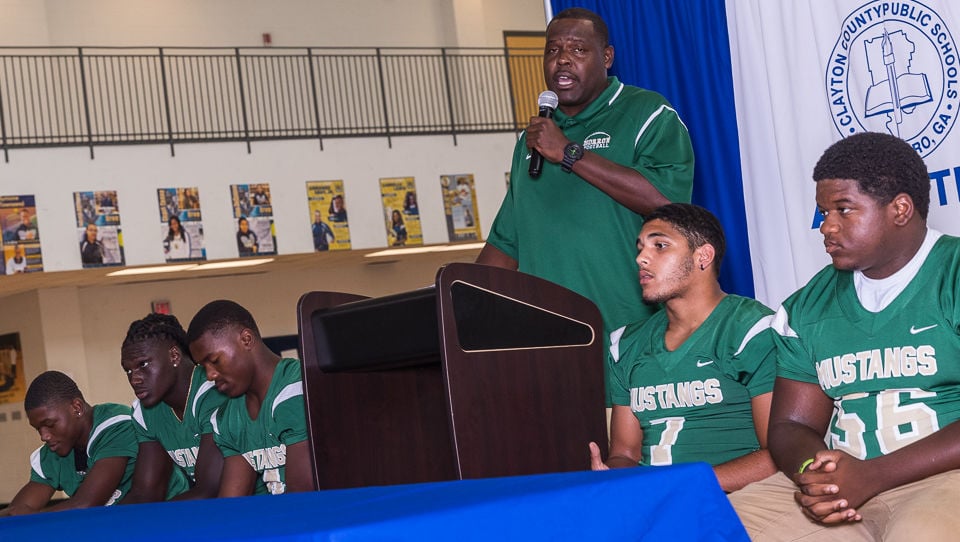 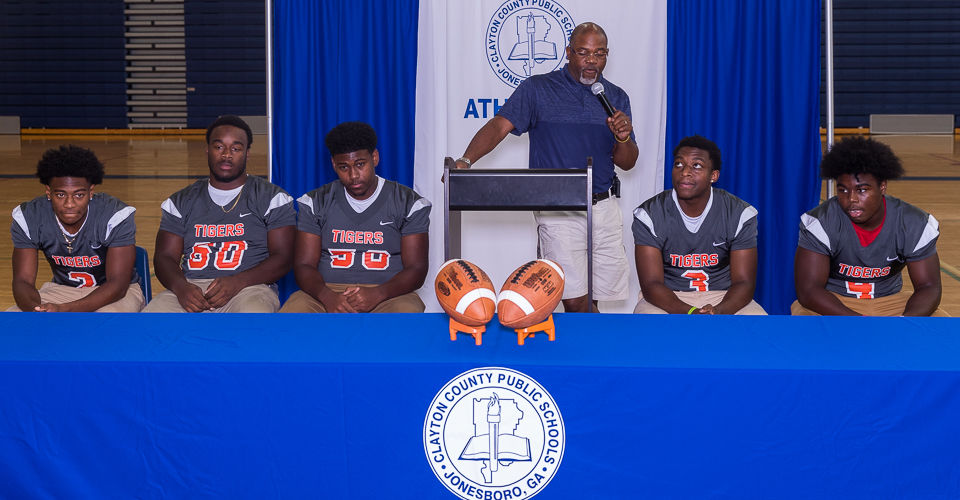 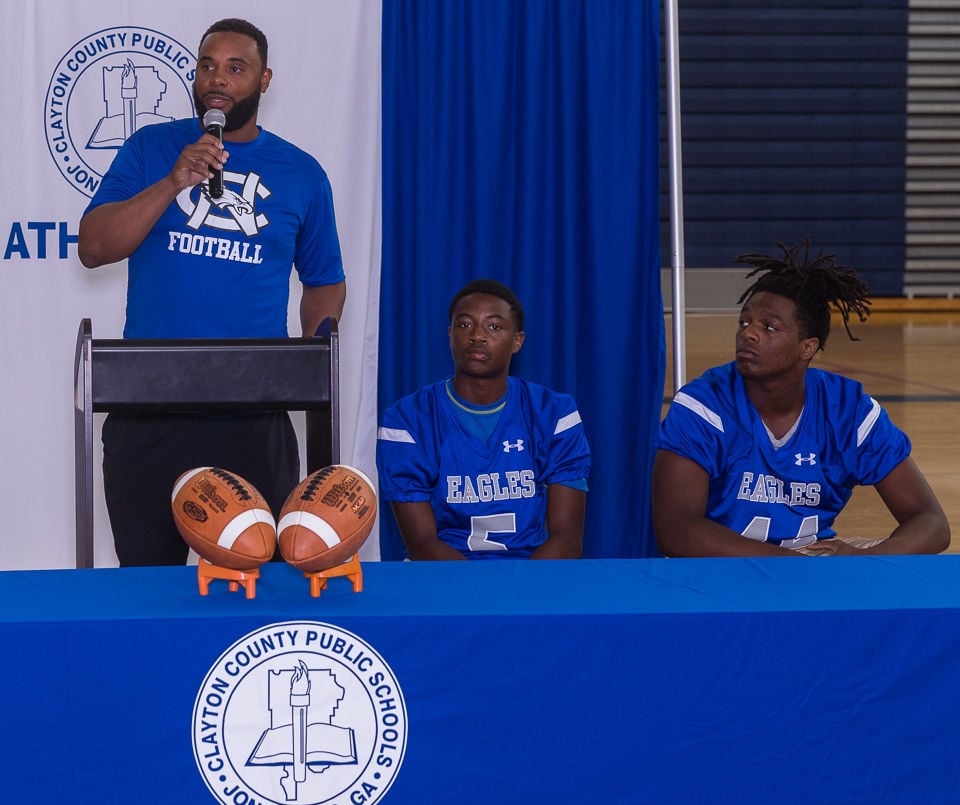 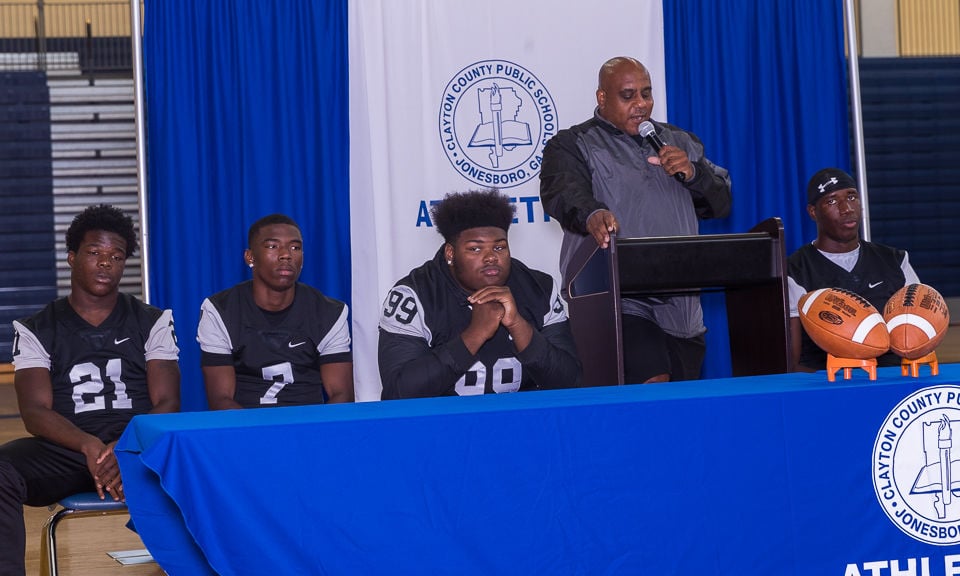 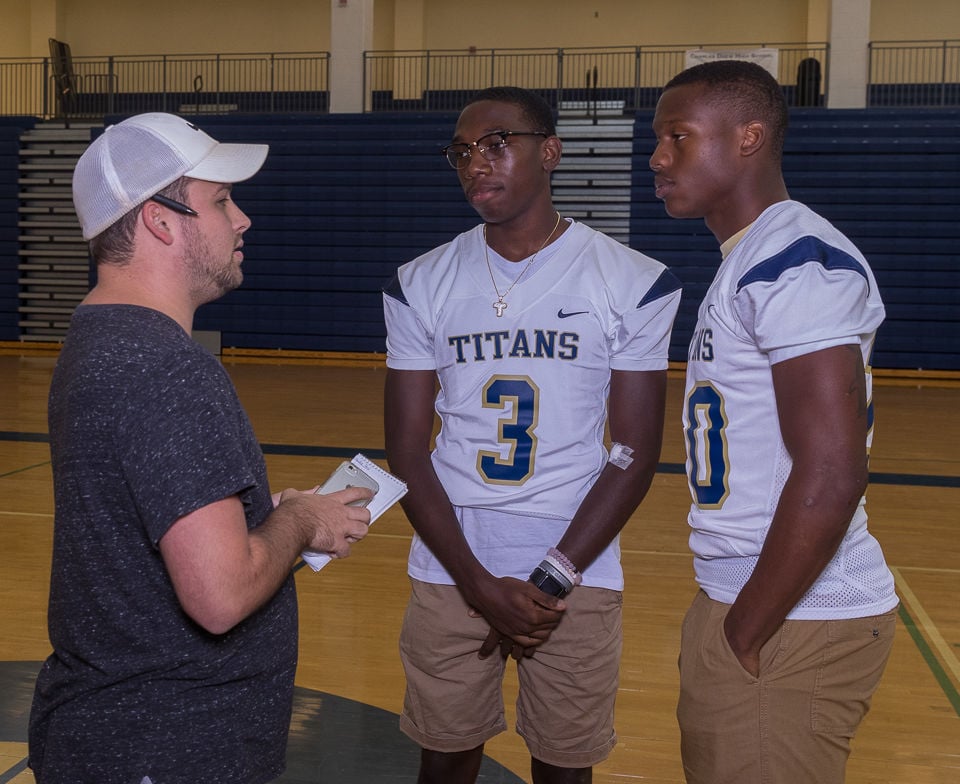 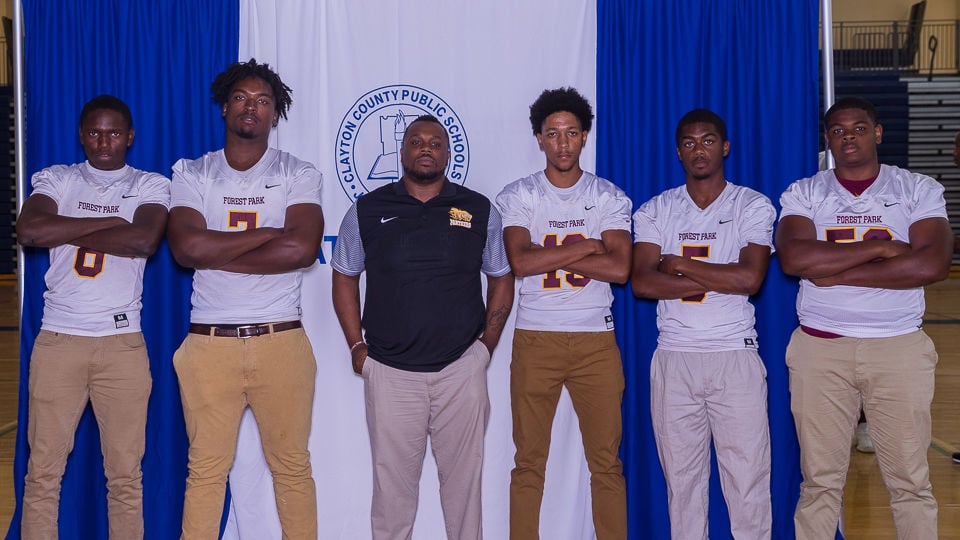 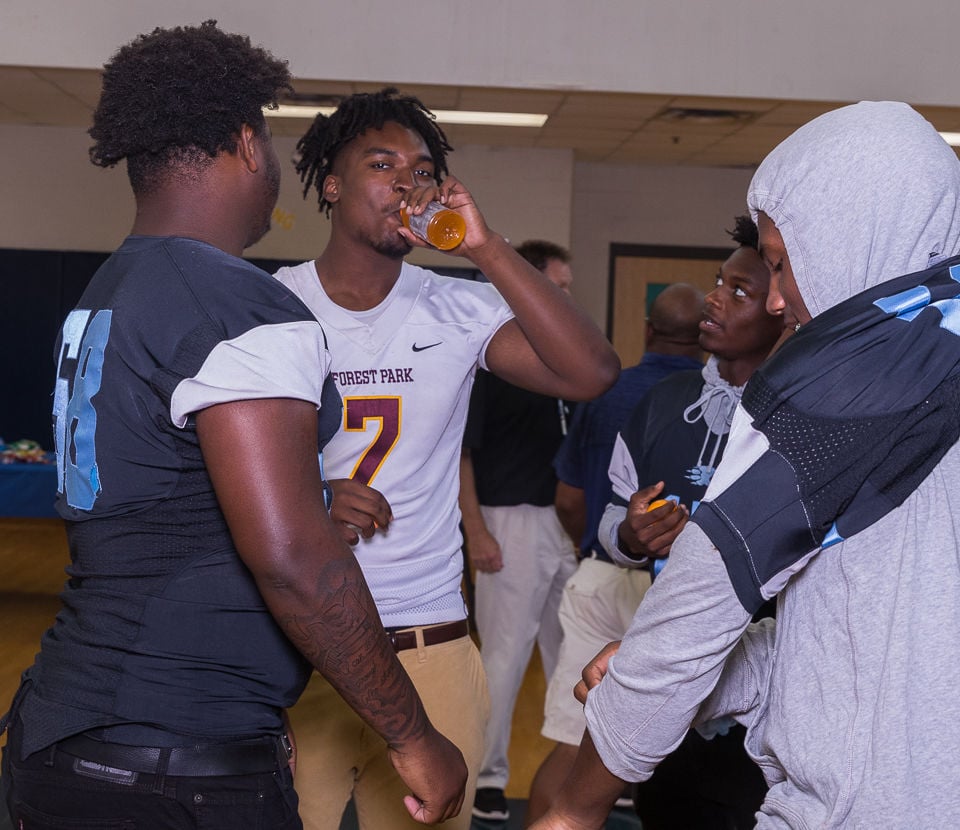 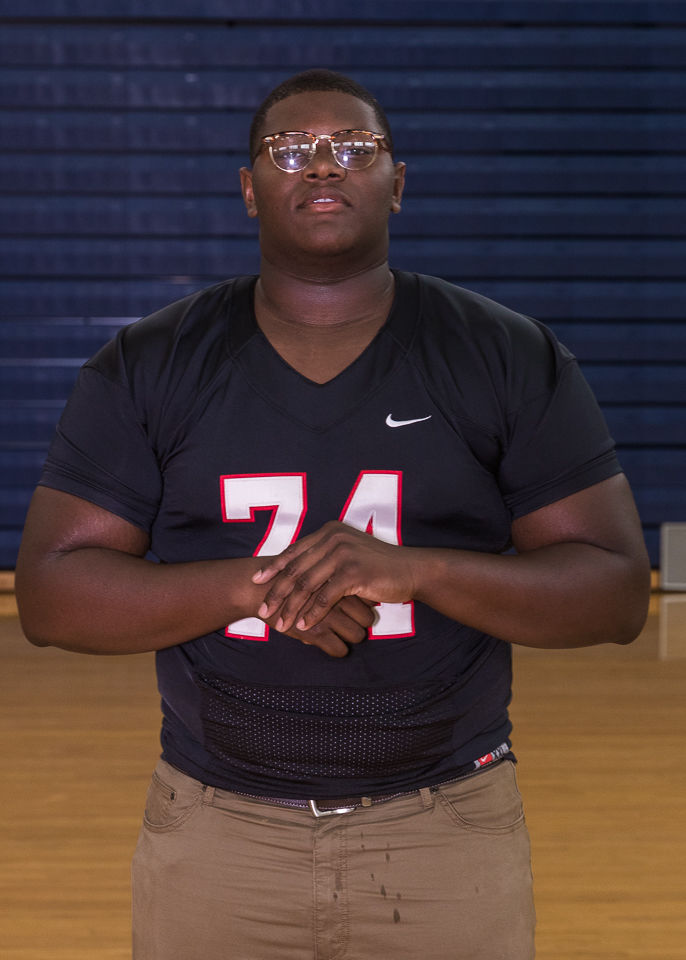 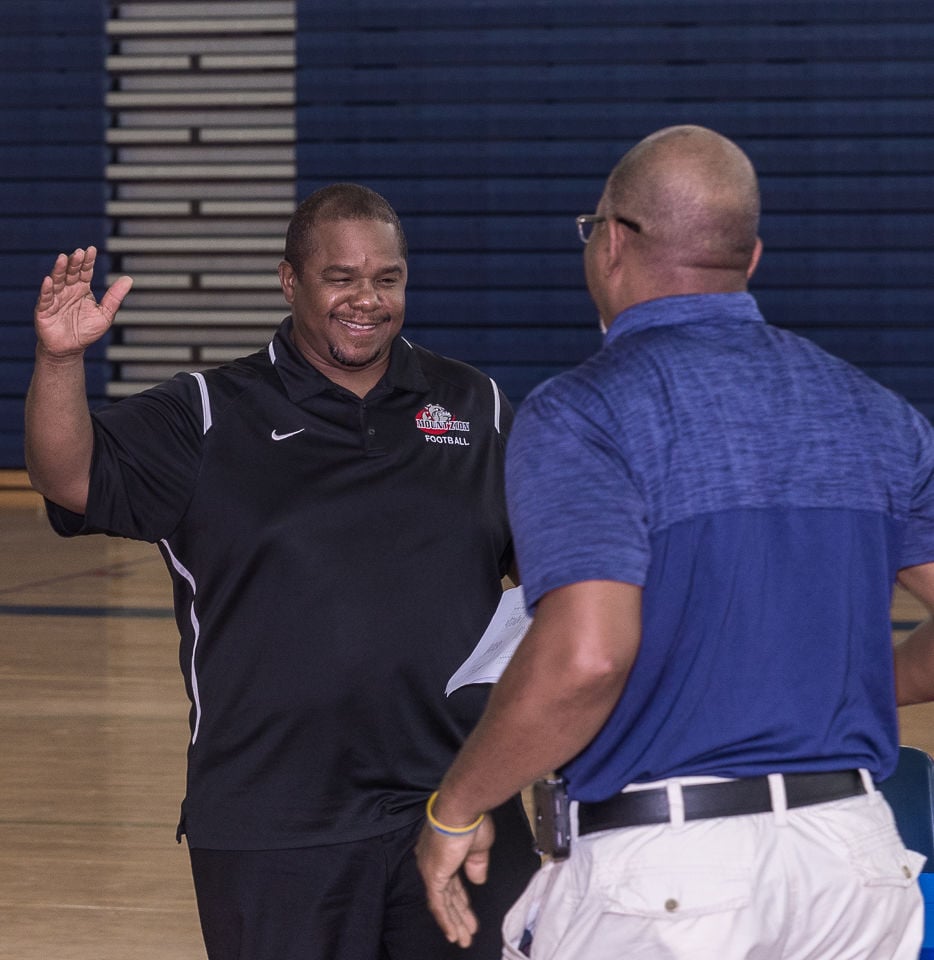