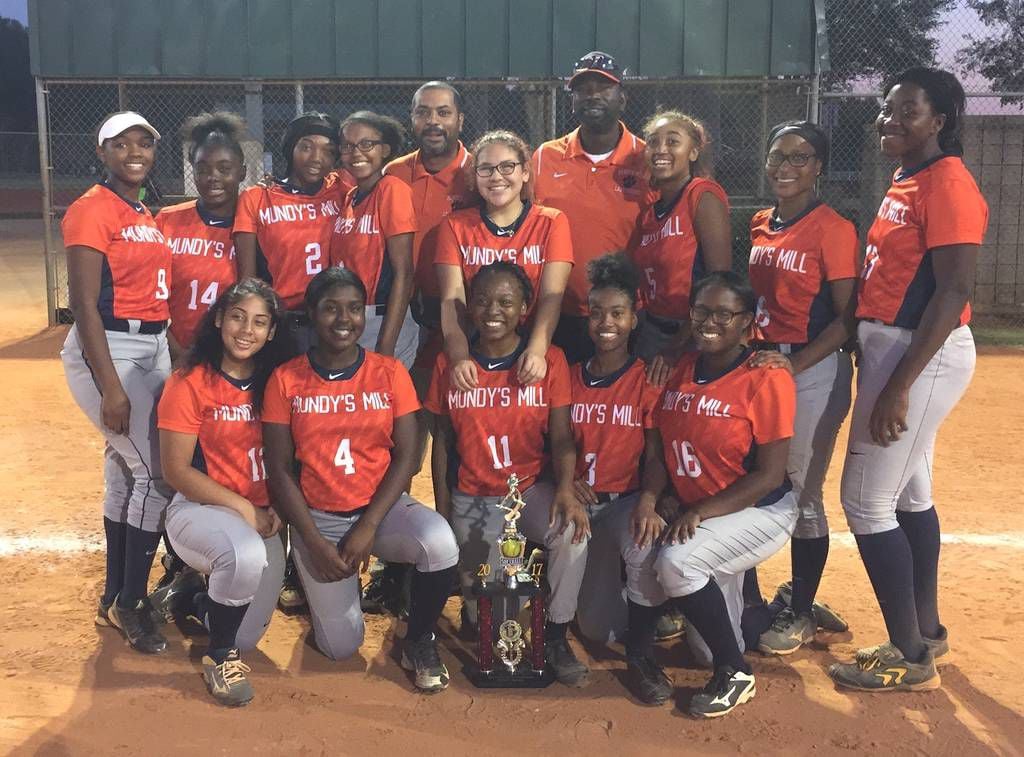 LOVEJOY — The Mundy’s Mill Lady Tigers needed all 21 outs in Wednesday’s game against Stephenson to repeat as Region 4-AAAAAA champions. Elizabeth Hernandez’s RBI single with two outs in the bottom of the seventh broke the deadlock and clinched the second straight region crown for the Lady Tigers.

The Lady Tigers had to overcome a sloppy defensive performance that saw them fall behind 3-1 in the early going. Stephenson scored two runs in the top of the second inning off of Mundy’s Mill starter Tracy Mosley, both of which were unearned. Bree Smith led off the inning with a single and came around to score when Shai-Anne Stoudemire reached on an error. Dejah Williams drove in Stoudemire with an RBI sacrifice bunt for the 2-0 lead.

Despite the shaky defense behind her, Mosley dominated the Stephenson lineup. She finished the night striking out 15 batters.

Mundy’s Mill got a run back in the bottom of the third inning. Savannah Gant started the rally with two outs, bunting for a single and then stealing second base. County and region batting leader Asli Strozier came through with an RBI single down the left field line to cut the lead in half.

More poor defense by Mundy’s Mill allowed Stephenson to pad its lead in the fifth inning. Unique Showell reached on an error and advanced all the way to third base. She then scored on a passed ball to put the Lady Jaguars up 3-1.

Stephenson took that 3-1 lead into the bottom of the sixth inning. Natalia Mendoza led off the inning with a double and Stephenson head coach Marco Jackson elected to intentionally walk Mosley, who had doubled off the fence earlier in the game. Aliyah Murphy made Stephenson pay, doubling to deep left field and tying the game at 3-all.

But after two straight strikeouts, the Lady Tigers were in danger of stranding Murphy at second base. The senior shortstop took matters into her own hands, stealing third base and forcing an errant throw into left field. She quickly got to her feet and scampered home to give Mundy’s Mill a 4-3 lead heading into the seventh inning.

Trailing 5-4, Mundy’s Mill wasted no time setting itself up for a comeback chance. Emily Taverez led off the inning with a perfectly placed bunt single and advanced to second when Gant reached on an error. Strozier put the ball in play in the next at-bat and another Stephenson error allowed Taverez to score and tie the game.

Mendoza then flied out to right field but Gant did not tag up to score the game-winning run. Another intentional walk to Mosley and a strikeout by Murphy loaded the bases with two outs for Hernandez, who rifled a pitch back up the middle to win the region title for the Lady Tigers.

The Lady Tigers finished the regular season with a 16-2 record. They will host the No. 4 seed out of Region 3 next week in the first round of the Class AAAAAA state playoffs.