(Pittsburgh Steelers, 1998-2011): Selected in the third round with a compensatory pick in 1998, Ward suited up for 217 regular-season games over 14 years in Pittsburgh — the second-highest totals in both categories in franchise history. Ward ranks 13th in the NFL in catches (1,000) and is tied for 15th in receiving touchdowns (85).

As a wide receiver for the University of Georgia Bulldogs (1994–1997), Ward’s 149 career receptions for 1,965 yards placed him second in team history. He also played tailback and totaled 3,870 all-purpose yards, second only to Herschel Walker in Bulldogs history. In 1996, Hines had 52 receptions for 900 yards, and also ran 26 times for 170 yards. In 1997, Hines hauled in 55 passes for 715 yards and scored six TDs while, and also ran 30 times for 223 yards, getting All-SEC honors in the process. Ward played some quarterback his sophomore year, and holds Georgia bowl records for pass attempts, pass completions, and passing yards in the 1995 Peach Bowl in which he completed 31 of 59 passes for 413 yards. 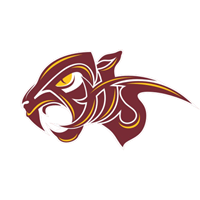 As a prep star at Clayton County’s Forest Park High School, Ward showcased his athletic skills as a quarterback, and was two-time Clayton County Offensive Player of the Year. Ward’s jersey is officially retired by FPHS in his honor.